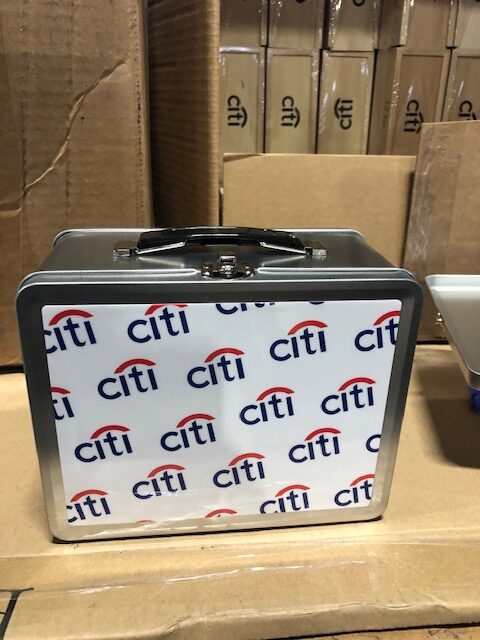 One of our kitting projects is for Citibank.

This is the act of compiling multiple products into a single “kit” that is then shipped to your customer. 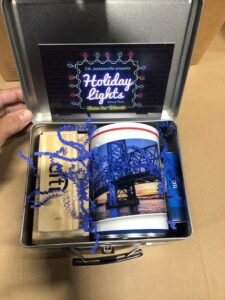 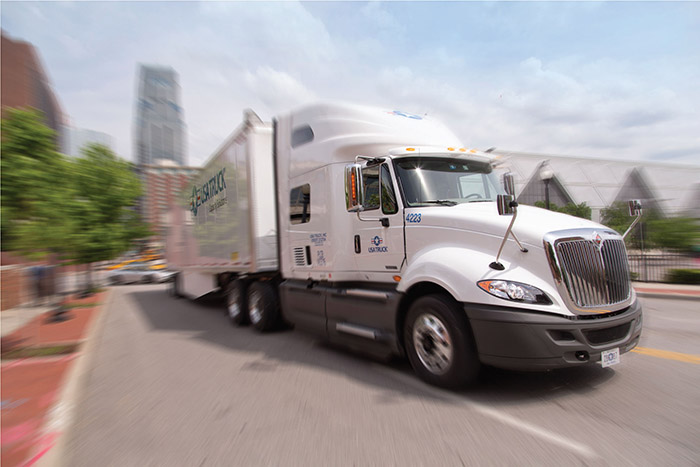 We have trucks & drivers available to pick up containers for delivery in the Jacksonville area and will quote up to 75 miles away. We have additional equipment that we can use to handle your needs. 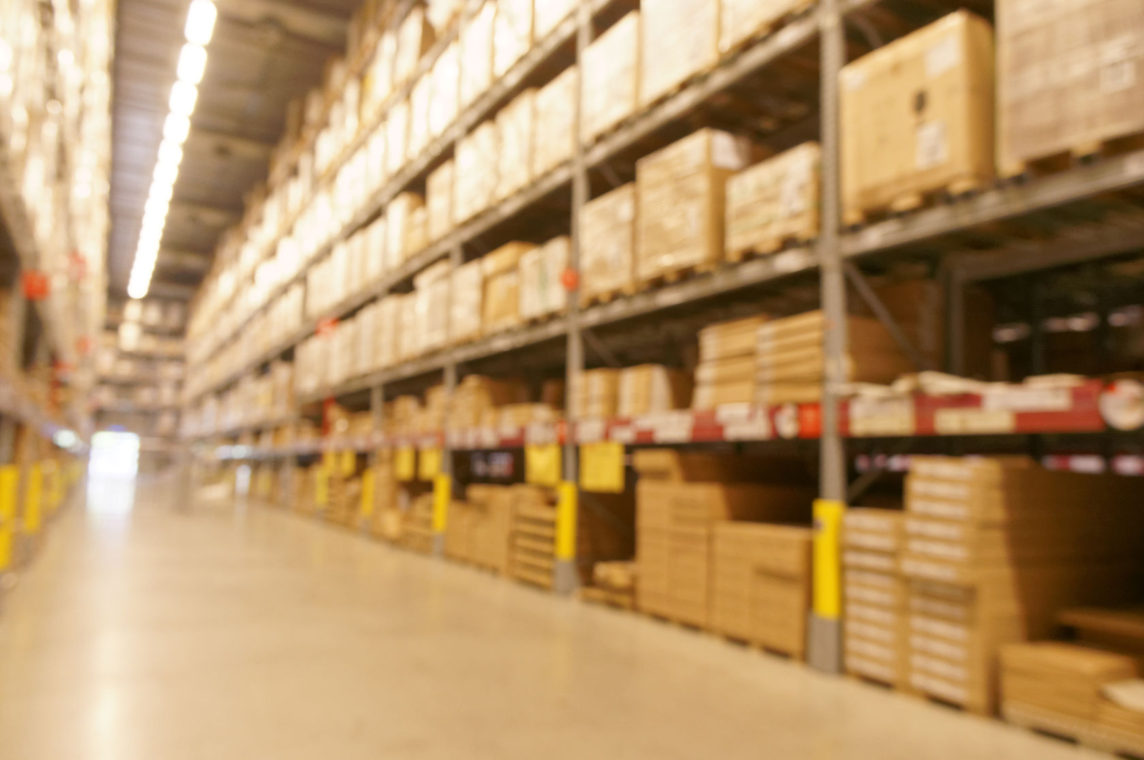 An example of one of our customers projects was to manage the unloading of 190 containers from China. Everything has to be unloaded, stored, and shipped to Amazon DCs in Jax and Tampa.
We had to partner with our 4PL contractor to make this happen. We still handle all of the paperwork and billing for both sites, so it is seamless to the customer. We also have to perform quality checks on a percentage of each container to ensure the plant is manufacturing a satisfactory product for the customer.
[Show slideshow] 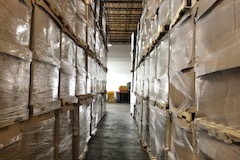 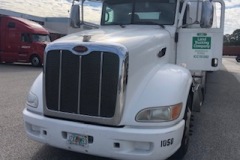 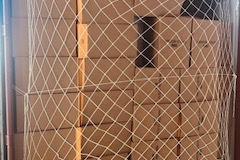 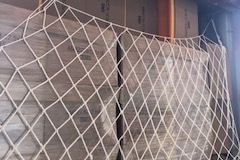 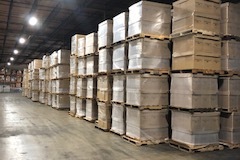 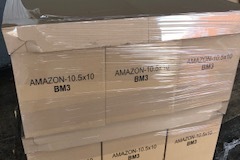 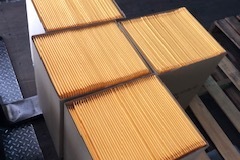 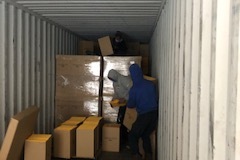 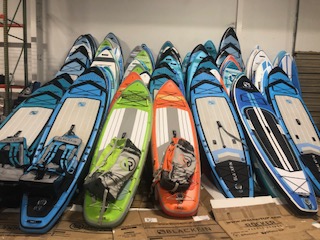 Here is a picture from our paddle board account. We had to manually inflate all of the returned boards to determine if they could be sold as good inventory. 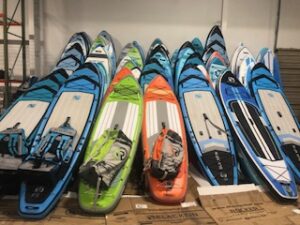 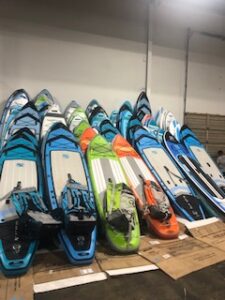 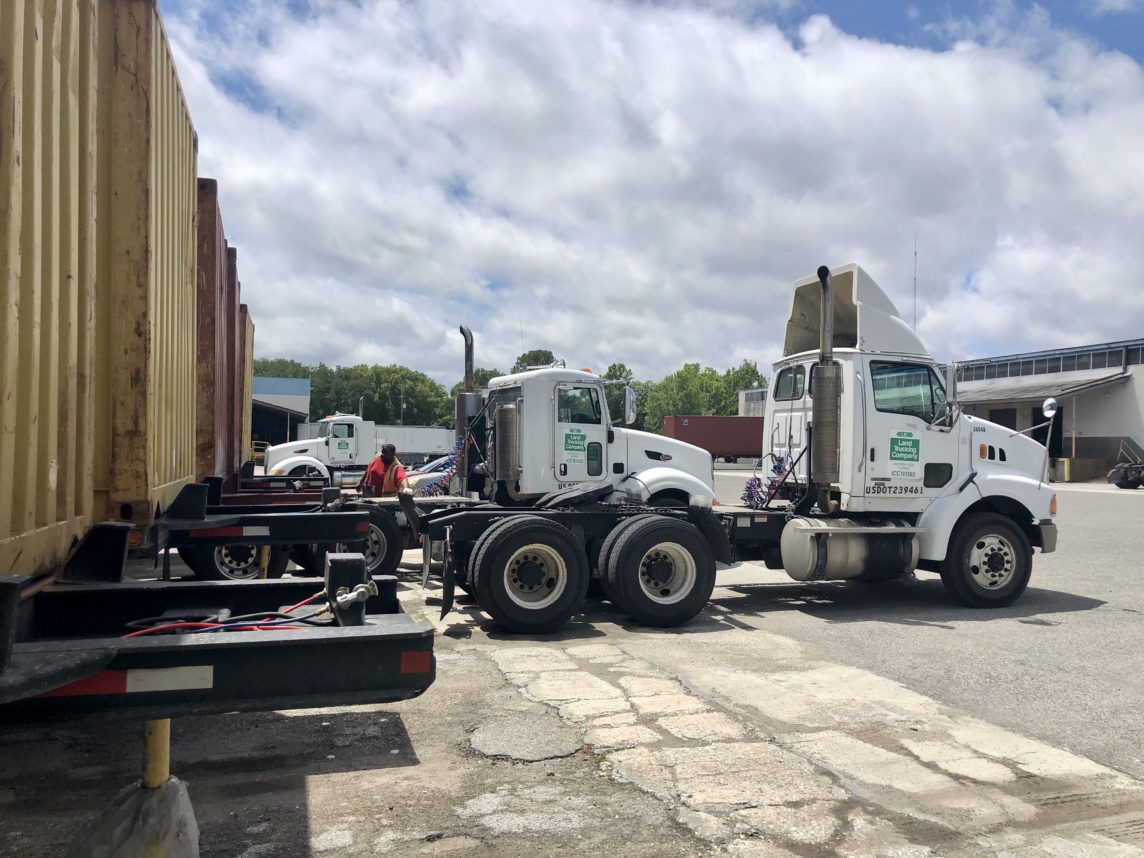 An update from Laney Duke

Although we continue to grow our business services and our client base, we don’t always get to chat about it. So below is a list of things happening right now within Laney & Duke: 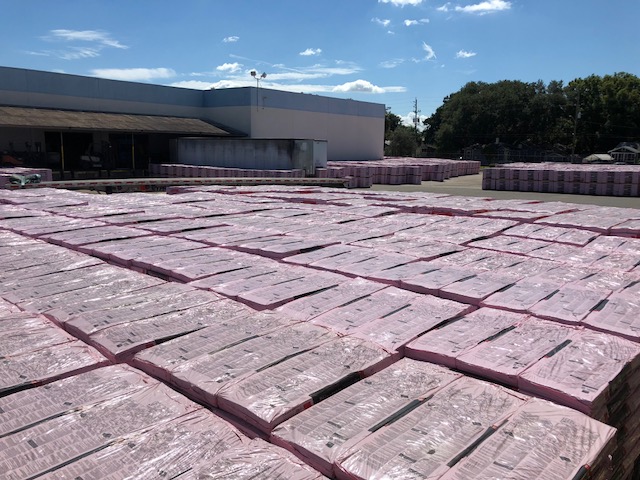 We are currently mid way through Hurricane season which the Carolinas know only too well after Hurricane Florence came ashore over their communities.

With that in mind, our parking lot and all available yard space is completely full of Owens Corning Roofing shingles as overflow for OC in anticipation of Hurricane season.  Currently, we have around 6900 pallets on hand and load/unload approximately 20 flatbed trailers each day. 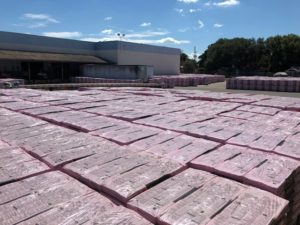 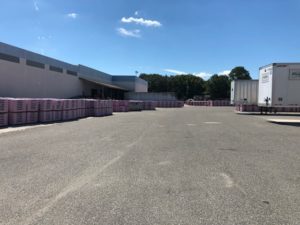 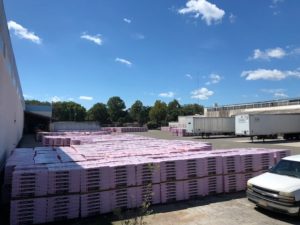 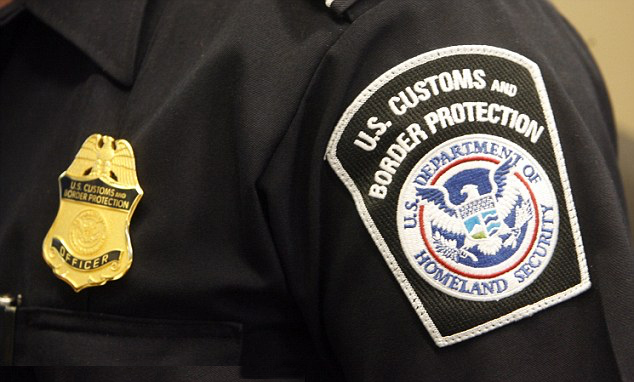 Increase in our Bonded space

We also offer customs bonded space, which seems to be an increasing demand as goods received from other countries can delay duty (taxes) until the goods are actually sold.

What is a Customs bonded warehouse?

A Customs bonded warehouse is a building or other secured area in which imported dutiable merchandise may be stored, manipulated, or undergo manufacturing operations without payment of duty for up to 5 years from the date of importation.

Advantages of Using a Bonded Warehouse

Duty is not collected until the merchandise is withdrawn for consumption. An importer, therefore, has control over use of his money until the duty is paid upon withdrawal of the merchandise. If no domestic buyer is found for the imported articles, the importer can sell merchandise for exportation, thereby eliminating his obligation to pay duty.

Duties owed on articles that have been manipulated are determined at the time of withdrawal from the bonded warehouse.

The common assumption that millennials only shop online and avoid brick-and-mortar merchants just doesn’t fit their behavior patterns, according to a survey from a Texas A&M Transportation Institute researcher.

The purchasing behavior of millennials — who now account for about 25% of the population — impacts freight policy, trade, economic trends and infrastructure, said Sarah Overmyer, assistant transportation researcher at TTI, who presented her results at the Transportation Research Board’s annual meeting here.

She disputed the notions that millennials are glued to their smartphones, rent a place in a city and need immediate delivery of their online purchases, and pointed to delivery trends to make her case.

“If this were true, cities would be more congested. And if [millennials] made all their purchases online, it would disrupt freight patterns,” Overmyer said. “If they did demand ASAP delivery, then trucks would be performing gymnastics to respond.” 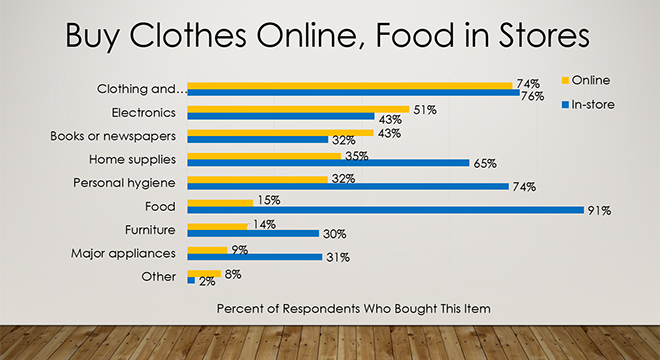 And the growth of e-commerce has a direct bearing on the trucking industry. In the third quarter of 2017, retail e-commerce sales in the United States came in at $115.3 billion, a rise of 15.5% from the same period in 2016, according to the Census Bureau. E-commerce sales in the third quarter accounted for 9.1% of all retail sales. To better understand millennial e-commerce purchasing, Overmyer conducted a panel survey of 1,310 18- to 34 year-old Texans, gathering demographic data and questioning them on their shopping preferences and online behavior.

Online shopping was part of their everyday lives as 68% of those surveyed said they had received an online package in the past week. However, 75% of those packages had arrived three days or more after ordering.

That shoots down the assumption on immediate delivery, Overmyer said. Further, only 45% of those surveyed were members of the Amazon Prime service that promises two-day delivery on certain purchases.

And most millennials, 75%, made purchases both online and in-store; just 14% were online only shoppers, while 7% were exclusively in-store shoppers. About three-quarters of respondents bought clothing online and in-store, while 74% preferred to buy personal hygiene products in-store, and 91% bought food in a grocery store.

Census Bureau data from 2015 shows that about 29% of Texas millennials live with their parents or another relative, but that doesn’t mean that they cluster in cities.

Overmyer found that about 66% live in the suburbs. And they want to put down roots; nearly half plan to buy a home in five years, with 50% wanting to be in the suburbs, 26% in an urban area and 23% in a rural area.

“The survey shows that millennials may not be as different as we thought,” Overmyer said. “They live in the suburbs, they shop in stores, and they don’t require two-day delivery.” She added, “Still, two-thirds got an online delivery in the last week.”

JD.com Inc. added so much warehouse space in three months that the new construction could cover just about every inch of Monaco, a pace of expansion that rivals growth at Amazon.com Inc.

China’s second-largest e-commerce service added 2 million square meters (21.5 million square feet) of warehouse space from July to September, about equal to the span of the city-state famed as a getaway for the rich. It ran 405 warehouses encompassing 9 million square meters at the end of September — adding about a warehouse every one to two days. December-quarter data won’t be available till JD reports results, which aren’t expected till at least next month.

JD builds and runs its own nationwide logistics chain, a costly approach that’s weighing on profitability but that it believes is crucial to competing against larger arch-foe Alibaba Group Holding Ltd. 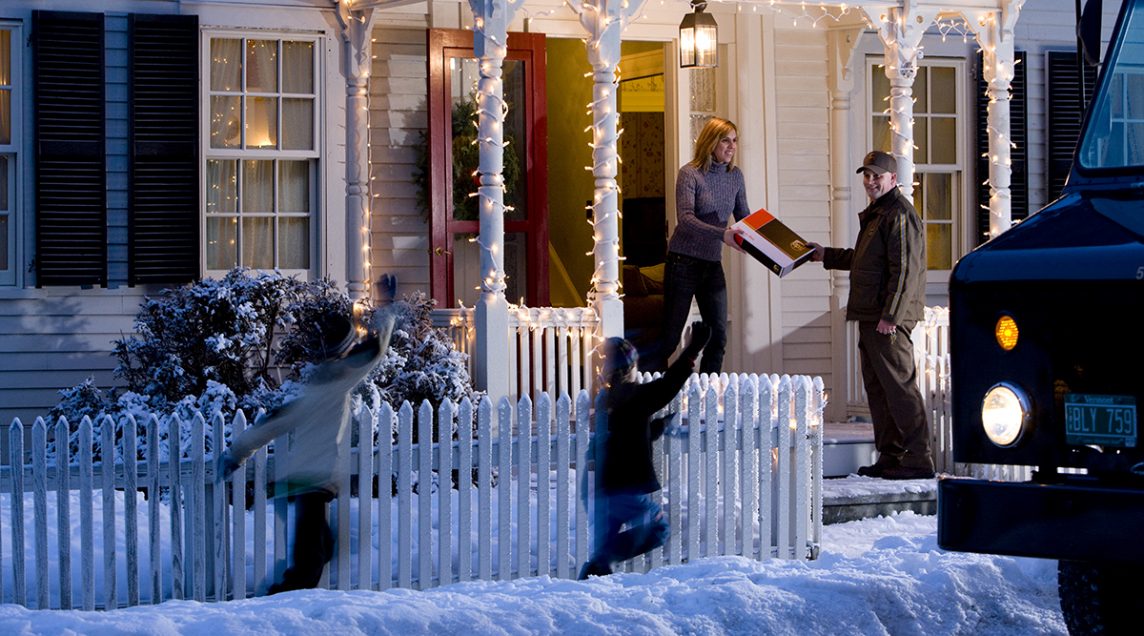 Some 1.4 million packages are expected to be sent back to retailers on Jan. 3, according to UPS Inc., which has dubbed the massive return-to-sender day “National Returns Day.” The anti-climactic Internet retail holiday tops a record December of package returns, as consumers shipped backed more than 1 million packages per day during the month.

UPS ranks No. 1 on the Transport Topics Top 100 list of the largest North American for-hire carriers.

“While the day after Christmas used to be reserved for long return lines at department stores, the growth of e-commerce has changed when and how consumers return gifts,” UPS Chief Commercial Officer Alan Gershenhorn said in a statement.

People are also becoming increasingly familiar with the online order-return process, as 75% of consumers have sent back a package to a retailer this year, according to the company.

Estimates vary, but digital analytics firm eMarketer is forecasting e-commerce sales for November and December to fall just shy of $107 billion, climbing 16% over last year’s total and representing 11.5% of all holiday sales.

As far as returns go, this season’s National Returns Day will also grow measurably, jumping 8% over last year, according to UPS’ calculations.

While not welcome news for retailers looking to cash in on a strong holiday season, the annual package return extravaganza means even more business for UPS. Including returns, UPS is projecting it will deliver 750 million packages between Thanksgiving and New Year Eve, which is up 40 million packages from last year.

Laney & Duke sets itself apart from its competitors by offering a complete array of supply chain services and management. We provide logistics and technology customized to your needs, whether you’re a Fortune 500 company with shipments arriving from around the world, or a smaller company with regional supply chain requirements. Today, we’re at the top of our game, and we enjoy a reputation as one of the most respected warehousing, transportation, and logistics management companies in Florida

Google Rating
4.3
Based on 51 reviews